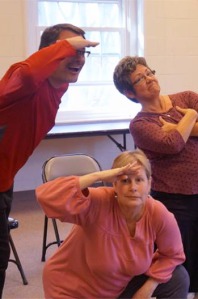 Playback Theatre is non-scripted and spontaneous. 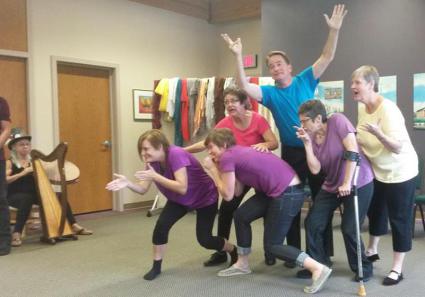 It is based on true stories told by audience members, with help from an expert in story-telling. These true stories are then played back - on the spot - by the actors and musicians. 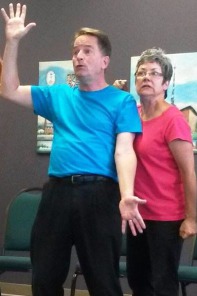 Come talk to us!

In 1994 playback theatre came to Columbus Ohio via Amy Bennett.  She was keen to build on her newly developed skills of playback which were birthed in Chicago with Linnea Carlson-Sabelli, RN  DNP, and in New York with Playback founders, Jonothan Fox and Jo Salas.  Teaming up with Justin Simons, actor and box office manager at CATCO, the two created and ran Playback Columbus for a decade before moving to Northeast Ohio.  Fast forward to 2015 when Bennett and Simons, now an old married couple, attended an IPTN conference in Montreal, Canada.  There they reunited with Lisa Vana, who had also recently moved back to northeast Ohio, and met Hope Miller, a consultant from Cincinnati, who enthusiastically insisted that they meet in Ohio and do playback theatre.  In August of 2016, 13 people from across the state, including seven members of the original company, did just that at Christine Hayes' (aka Ramona Moon) art studio in Grandview.  The newly formed group was called Ohio Playback Theatre.  Feel free to OPT-IN by emailing us at info@OhioPlaybackTheatre.com, or calling or texting lisa at 940-642-5364.